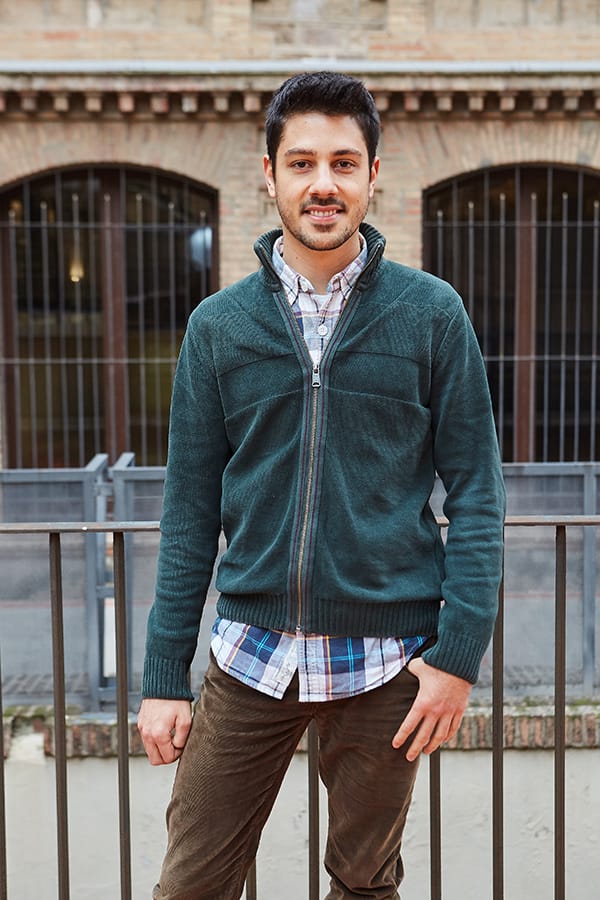 Aging is a biological process that happens in many living beings, especially in animals. Both genetic and non-genetic factors influence aging at different levels, i.e. organelle, cell, tissue, organ, organ systems and whole organism. Several breakthroughs in aging at the latter level have been found in model systems such as the nematode Caenorhabditis elegans. Many genetic mutations in this small worm have been isolated and linked to the main molecular pathways that regulate lifespan (e.g. insulin-like signaling pathway). Caloric restriction is another intervention that has been showed to extend lifespan in worms as well as in other animals. Over the last two decades, a mechanism called RNA interference (RNAi) have been discovered and used for knocking down C. elegans genes of interest when worms are fed bacteria expressing double-stranded RNAs complementary to their genes. This powerful technique has opened up a new way of performing genetic studies in multicellular animals. Here we have begun to adapt the genomically recoded Escherichia coli C321.ΔA with the intention of making this strain competent for RNAi. Hence, we have modified an available CRISPR/Cas9 system to permit genome editing in C321.ΔA and built the guide RNAs required for adding the T7 RNA polymerase transgene and removing RNase III. We are currently optimizing the protocol in order to achieve the expected efficiency of the procedure. Our expectation is that the engineered C321.ΔA enabled with RNAi will reveal new insight about the hostmicrobe interactions, and how they might affect the aging process (either extend or shorten lifespan). 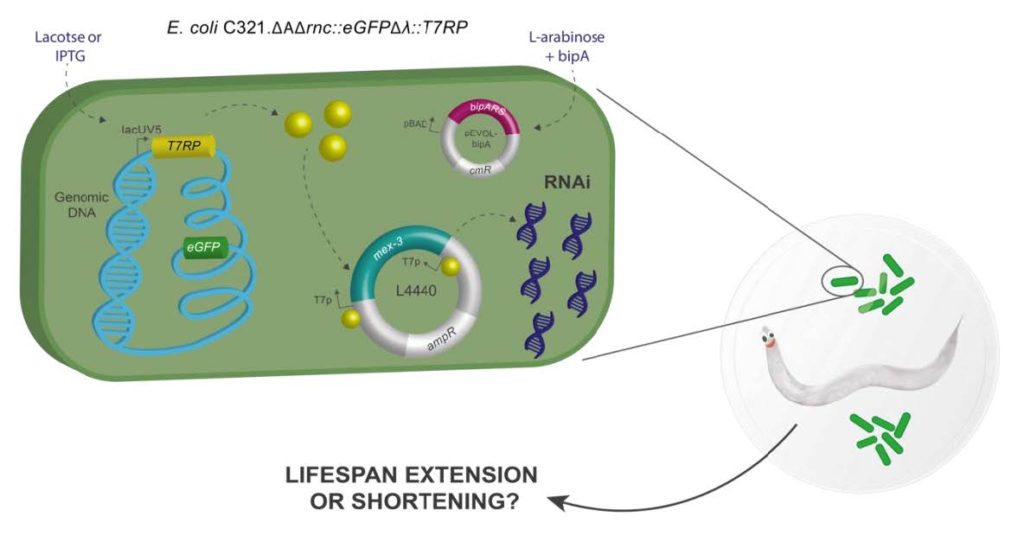