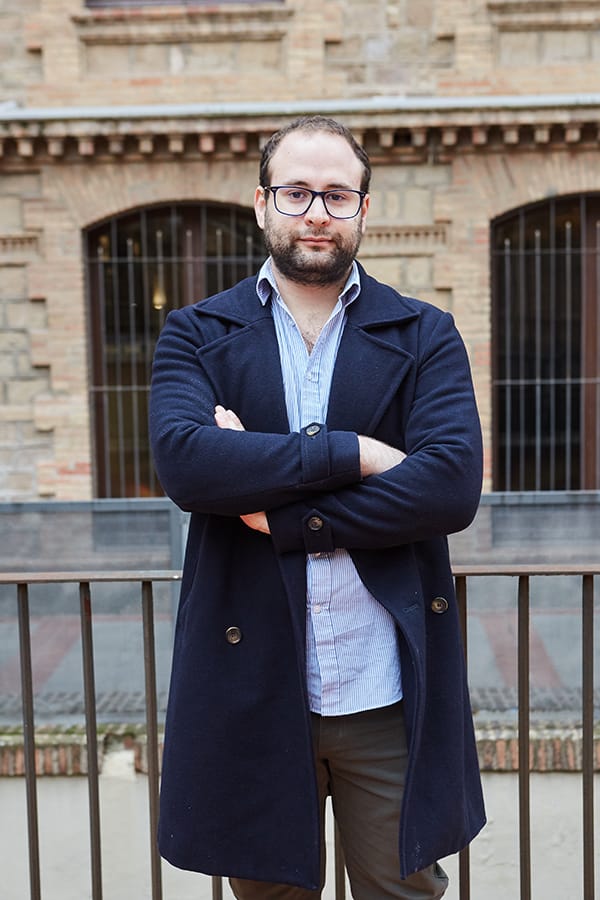 Polyglutamine (polyQ) tracts are low sequence complexity regions, evolutionarily conserved and frequently present in trascription factors. Their flanking regions have a key role in the stabilization of the unconventional hydrogen bond, formed by the side chain primary amide (NH2) of a glutamine residue in the polyQ tract and the main chain carbonyl (CO) of the amino acid at position i – 4, that stabilizes polyglutamine helices. In order to investigate the effects of the sequence context on the stability of such interaction, in this work we used a combination of biophysical techniques to evaluate the effect of mutating the hydrogen bond acceptor residue on the global α-helix secondary structure content of a host peptide. This peptide model is derived from the N-terminal flanking sequence of the androgen receptor (AR) polyQ tract and is composed of the motif Pro-Gly-Ala-Ser (PGAS), that acts as a Ncapping sequence for the α-helix, three Leu residues, the guest residue and 16 glutamine residues; this peptide series was called L3XQ16. Furthermore, we performed a preliminary exploration of the temperature-dependent structural changes of a designed superhelical peptide, mimicking polyQ helicity stabilization. In general, our data are in agreement with a possible correlation between the solvent accessible surface area of the side chain of each amino acid type and its capacity to be a good acceptor of the unconventional hydrogen bond, by shielding it from water competition having an effect on the overall helicity of the polyQ.