The selection of students, open until June 1, prioritizes the scientific excellence of the candidates

The number of international applications have increased in the second edition, making up 40% of the total

Barcelona, May 14, 2018. The Master of Multidisciplinary Research in Experimental Sciences (MMRES), which was launched in 2017 by the Barcelona Institute of Science and Technology (BIST) and the Department of Experimental Sciences of the Universidad Pompeu Fabra (DCEXS-UPF), has doubled the number of places (now 30) for its second edition in response to the increased demand, especially international, which already accounts for 40% of all applications. In addition, there is an increase in the average GPA of the students that have already been selected for the 2018-2019 edition (8.6), as compared to the 2017-2018 edition (7.5).

For the second edition, double the number of applications have already been received (57) as compared to the first edition (26), and the applications of the fourth registration period (open until June 1) have yet to be added. “What we really value is not, however, the quantitative increase in demand for the master, but rather the fact that the academic level and motivation of students who have applied for a place are also growing”, stated Roderic Guigó, Group Leader at the Centre for Genomic Regulation (CRG) and Associate Professor at UPF. Guigó is the Co-Director of the Master along with Rob Sewell, Researcher and Academic Coordinator at The Institute of Photonic Sciences (ICFO).

“BIST implemented this master to cover a gap in the available scientific training in our environment, as there was no postgraduate course focused on hands-on research with a multidisciplinary approach before. The results of the first year confirm that we have gone into the right direction and that the MMRES offers its students an ideal basis for progressing in their research career”, said Rob Sewell.

Ten out of the 14 inaugural master students will pursue their doctoral studies in leading international research institutes, such as the Vienna Biocenter (Austria), the École Polytechnique Fédérale de Lausanne – EPFL (Switzerland) and the Institute for Quantum Computing – IQC (Canada), and in several BIST centres (CRG, ICIQ and IRB Barcelona). Right now, there are already 13 students formally admitted to the second edition of the MMRES, of which 61% are women (this was 42% in the 2017-2018 academic year). One of the women enrolled in the 2018-2019 programme has been admitted to the exclusive Kupcinet-Getz International Summer School of the Weizmann Institute of Science (Israel). “This highlights the high level of preparation of the MMRES students”, point out the heads of the master.

The MMRES is the first master of its kind in Spain. Taught entirely in English, it aims to provide students with the skills to ensure their integration into the research community in an increasingly complex and competitive environment. What makes it unique is the weight of the research element of the training (40 of the 60 credits of the master’s degree) and its multidisciplinary approach (each student participates in two research projects —lasting six months and 10 weeks, respectively–, which are carried out in two different research centres and which allow for collaborative approaches to the same coherent line of research).

David Comas, Director of the DCEXS-UPF, said about the programme: “In this first edition, students have benefited from an innovative educational approach and have acquired the necessary skills to work in an interdisciplinary research environment. That is why we are very satisfied with the result of the joint effort between the BIST centres and UPF “.

The students of the second edition of the MMRES can select from 87 projects which will be the main research in which they will work for six months, if their candidacy is accepted. The programme facilitates students working side by side with leading international researchers and promotes the teaching activity of group leaders, who act as tutors of the students that work in their groups. The master’s programme also includes practical training in advanced experimental research techniques —microscopy, nanoscopy and scientific imaging— and in transversal skills —biostatistics and data analysis, responsible research and scientific communication—, and an international symposium where students have the opportunity to present a poster of their research to the BIST community and invited scientists.

On a monthly basis throughout the programme, a series of scientific seminars are offered by researchers from the BIST centres and by international experts. These are called BIST Colloquiums which, in the 2017-2018 edition have included talks by Mircea Dincă of the Massachusetts Institute of Technology (MIT) [January], Mauricio Barahona of Imperial College London [March], Serena DeBeer of the Max Planck Institute for Chemical Energy Conversion [April], Luca Giorgetti of the Friedrich Miescher Institute for Biomedical Research [May], Ilaria Malanchi of the Francis Crick Institute [June 4], and Alain Blondel of the University of Geneva [July 2].

“The training of highly competitive researchers and the attraction of talent are among the top priorities of BIST. The master is a key part of this strategy, along with our pre and post-doctoral programmes (PREBIST and PROBIST),” underlines the BIST Director, Gabby Silberman, “if we want the country to occupy a leading position in science, we must invest in the development of the researchers, with a broad vision that also prepares them to lead the transfer of knowledge to society,” concludes Silberman. 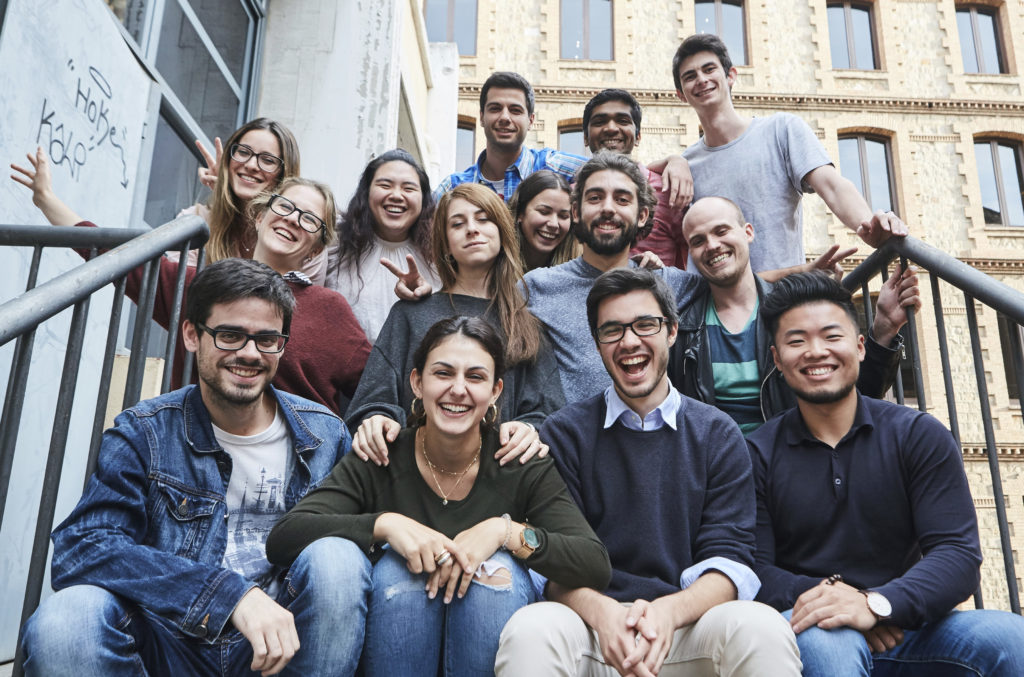