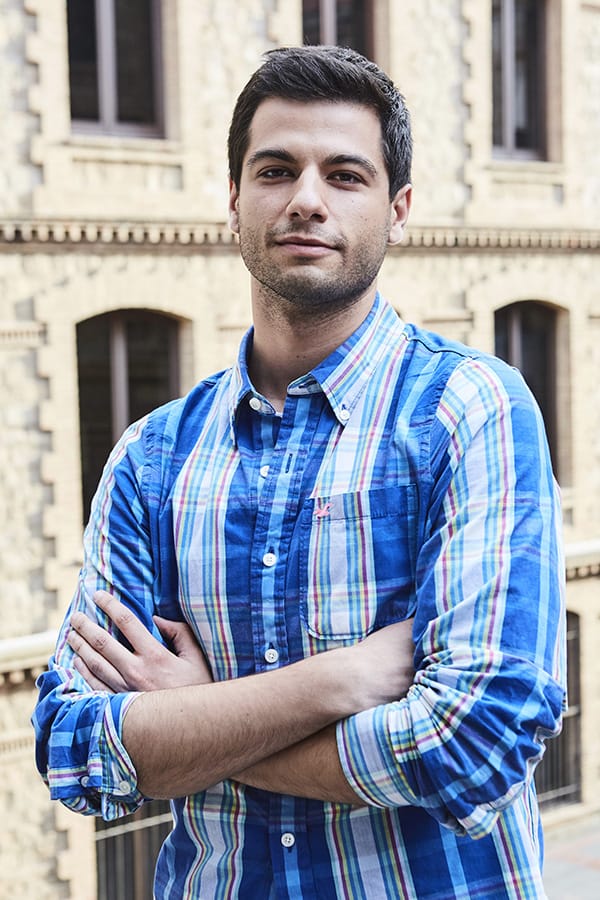 The use of N-heterocyclic carbenes as a novel ligand framework for electrocatalytic CO2 reduction in MnI based catalysts was explored by assessing the performance of complex fac-[Mn(CO)3(bis-MeNHC)Br].

Cyclic voltammetry and controlled potential electrolysis experiments revealed a high catalytic activity, stability and selectivity towards CO production even in the absence of an explicit proton source. Upon addition of small quantities of water, the observed catalytic activity increased remarkably, although this enhancement was accompanied by a rapid inhibition of the catalytic process.

FTIR-Spectroelectrochemical experiments under anhydrous conditions allowed to identify several intermediates involved in the CO2 to CO reduction pathway, whereas analogous experiments in the presence of explicit proton sources (water and phenol) revealed the formation of alternative species that could be implicated in the deactivation of the catalyst.

Finally, an overall mechanism was proposed.